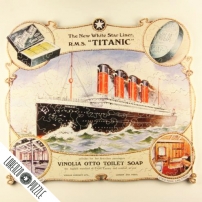 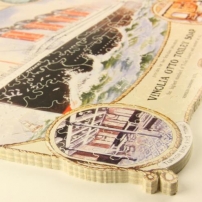 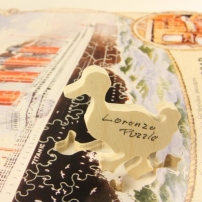 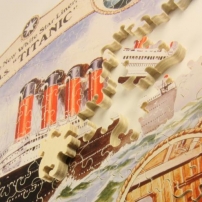 The Titanic the largest ship afloat began her maiden voyage from Southampton to New York. The white Star Line had spared no expense in assuring her luxury. Titanic was a legend even before she set sail.

There were 2229 passengers on board, a mixture of the world’s wealthiest people dining in elegance in the first class section of Titanic, and immigrants packed into steerage.

Titanic was nicknamed unsinkable, and everybody thought she was the safest ship ever to be built.

She was thought to be so safe that the original 32 lifeboats were not needed (it was thought that they made the deck look to cluttered) so 12 were removed leaving only 20 boats. This was only enough boats to save half of the estimated 2229 people on board.

Titanic had received several ice warnings during that Sunday afternoon. Speed was maintained but lookouts Murdoch, Boxhall, and Moody watched over the sea.

At 11:40 pm Titanic collided with an iceberg.

The collision was fatal and the icy water soon poured through the ship.

An urgent meeting was called with Captain E.J Smith, Thomas Andrews and Bruce Ismay. Andrews explained that the Titanic was designed to stay afloat with her first 2 compartments flooded but not six. Titanic would flounder in an hour, two at the most.

Captain Smith gives the order for a radio signal to be transmitted CQD (Come Quickly Distress).

The life boats were filled by order of class, Women and children were loaded on the life boats first, then the men.

The first lifeboat was loaded with only 28 people in it. But the lifeboats were tested in Belfast and could carry the weight of up to 70 men!

It became obvious that many would not find safety in the lifeboats as there was not enough to save more than half the passengers aboard.

Each passenger was issued a life jacket but life expectancy would be short, especially when exposed to water four degrees below freezing.

As the forward portion of the ship sank deeper, passengers scrambled to the stern, trying to escape the suction that would inevitably suck them in to the cold icy sea.

As the angle of Titanic became steeper the passengers who were fighting their way to the stern fell one by one, unable to keep a tight grip.

Titanic disappeared below the Atlantic ocean and hundreds of people perished at sea.

A few hours later in to the morning the liner Carpathia rescued 713 survivors. In total 1516 lives were lost to the Titanic.

This number could have been radically reduced if more lifeboats were fitted and style was not put before safety.

Earlet Cut (inc . colour line cut and irregular boundary). Earlets are a classic form of puzzle tab, most distinctively used in the wonderful puzzles of days past.
No guide picture is supplied, since serious puzzlers generally prefer to work without one. If you think you will need a guide, please print the image from this listing.
Lorenzo Puzzle

This item will be posted to you by Royal Mail next day of receiving payment.